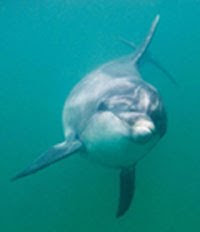 Humanity is struggling to evolve ethically on a deep level — to choose compassion over utility and profit. In a world where greed and ignorance has put the survival of all earthly life at risk, increasing levels of compassion and ethical concern may be crucial for our survival; it may be our only hope.

Riding along the cutting-edge of this ethical expansion, scientists have now made an official proclamation acknowledging that current research reveals Dolphins qualify as nonhuman persons — intelligent, sophisticated, sentient individuals of intrinsic worth, sharing the same fundamental grounds for moral consideration as humans, including a right to life and freedom.

Currently, we treat Dolphins as if they were property, not persons; objects rather beings, and at present, many thousands are killed and injured by numerous human practices every year. To successfully make this moral leap and accept Dolphins into our sphere of ethical concern with equal entitlement to life and freedom would necessitate an immediate cessation of practices which harm them. Toward this worthy goal an international group of scientists have founded a Declaration of Rights for Whales and Dolphins.

The incomparable Albert Schweitzer declared that the most fundamental principle of ethics is a “Reverence for Life” and thus the preservation, restoration and enhancement of life becomes the anchor of our ethical evolution. This includes the realisation that the powerful and privileged status that humans enjoy on this Earth entails, not a right to exploit, but a responsibility to protect.

Thus, we find Dolphins a supremely apt symbol for the polarised human relationship with Nature and the internal struggle we are facing within human nature itself — a test of our courage and our humanity.

Leah Lemieux is an author and lecturer who works on dolphin protection, education and conservation initiatives.
at 13:39 1 comment:

Email ThisBlogThis!Share to TwitterShare to FacebookShare to Pinterest
Labels: conservation

We are all part of one great whole, visibly or invisibly depending on each other.

Together we can make an active contribution to the great whole.

Without bees life would not taste so sweet.

There was a play on Radio 4 recently called ‘Hive Mind’. It was set in the near future in a world lacking Bees where farmers were paying immigrant workers to pollinate essential crops by hand (as featured in our Health Special in the May/June issue of the magazine), until the evil scientists came along with their ‘HoneyBots’. This was the first time I have experienced this kind of (positive?) propaganda on the radio and I am not sure how it has left me feeling about the use of this medium. In the play, the Honeybots turned bad and ended up killing the children fuelling a full-scale riot which led to their self-destruction and a return to simple hand-pollination.
We are all fully aware of the demise of the Honeybee and are constantly fed alarming statistics about the dramatic extinction rates-which, ironically, has led to a collective de-sensitization to the loss of species and habitats. Popular films such as 2012, The Age of Stupid and Avatar target (at varying levels) the fact that we know we cannot keep taking more from our Earth than we put back. But will the use of media to convey these powerful ecological messages do more harm than good?
By making the challenges and possible outcomes into entertainment do we risk downgrading the problems? Will we be open to criticism and attack from bar-stool Britain? “You’re only saying that ‘cause it was in that T.V Show”/ “That’s not really gonna happen, that was a film/play etc”.
Bees use the medium of dance to communicate the location of nectar to one another. Plants make use of colour, scent and deceptive shapes to get other organisms to carry out essential reproductive activities. Humans employ stories, fables and myths to warn of making the wrong choices, so maybe we will see the afternoon play being used more often from now on as a warning of our wrong doings.

Jon Every is a Botanist, studying Botanical Conservation at Plymouth University.
at 06:12 1 comment: