The Ancient Art of Meditation

A potent symbol for peace in an ailing modern world
With stress on the rise and Flash Mob meditation gatherings spreading across the UK to galvanise a better world, the British School of Meditation prepares to launch at the Isbourne Holistic Centre in Cheltenham in response to the mass growth in meditation in the UK. 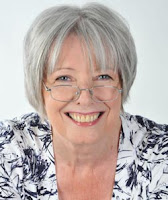 Amid all the pressures and strains of the current financial crisis and growing dissatisfaction with an outmoded material society, the ancient art of meditation is emerging as a potent symbol for peace and calm in an ailing modern world.

“In today’s frantic world more and more people are turning to meditation as a way to calm their busy minds,” says renowned meditation teacher Mary Pearson, author of Meditation the Stress Solution, who co-founded the British School of Meditation with Helen Galpin.  “Stress is a huge problem and many people are looking for a way to reduce their stress and live happier lives.”

Meditation is also becoming widely recognised as a tool for positive change and wellbeing, for bringing people together as a community and for generating a major shift towards more conscious and sustainable living. To this end, hundreds of thousands of people have been gathering in open urban spaces around the globe for Flash Mob meditation sessions in recent months, including several in London as well as in other UK cities – from Bristol and Brighton in the South to Aberdeen in North Scotland.
The many benefits of meditation include stress and anxiety reduction, calmness, enhanced clarity and focus, better sleep, lower blood pressure, weight loss, looking younger, and a boost to the immune system.
“We are really thrilled to be hosting the British School of Meditation courses at the Isbourne,” says Janie Whittemore, Centre Manager of the Isbourne Holistic Centre. “We’ve seen a major rise in interest in meditation here at the Centre in recent months, it’s a fantastic tool for maintaining calm and focus amid the stresses of busy modern life and there’s a clearly a real need now for more qualified teachers to take it out to the masses.” 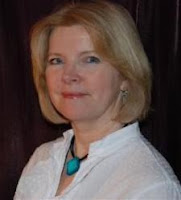 While meditation is becoming increasingly popular, Mary Pearson and fellow meditation teacher Helen Galpin looked at the existing provision for training meditation teachers and discovered a distinct lack of face to face training available. They duly founded the British School of Meditation to supply this demand, providing OCN accredited courses, and playing their part in spreading peace in the world.
“Teaching meditation has helped both Mary and myself find peace and happiness in our lives,” says Helen Galpin, who is also director of The Nutrition Centre chain of shops in Gloucestershire.  “It’s a great joy to be able to help people find time to ‘just be’ and switch off from the daily grind.”

The British School of Meditation runs an introductory day for its first teacher training course on Saturday 14th January in response to the unprecedented demand for teachers. 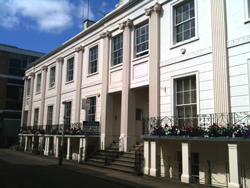 Email ThisBlogThis!Share to TwitterShare to FacebookShare to Pinterest
Labels: Be The Change, Consciousness