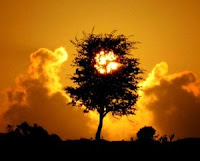 With this in mind, I would like to share a poignant example of the transformation reconnection can bring.
The small coastal village of Futo in Japan became infamous around the world for the brutal slaughter of many hundreds of dolphins. For thirty years, like his father, grandfather and great-grandfather, Mr. Izumi Ishii was a dolphin hunter. But, one day, Mr. Ishii looked into the eye of a dolphin he was about to kill – and a connection was made. For the first time their pitiful cries touched his heart and suddenly, he could not continue. Mr. Ishii laid down his knife, vowed never to kill dolphins again and began to speak out against the cruel practice.
It took tremendous courage for him to denounce a centuries old tradition in a country where tradition is revered. Mr. Ishii is alone in his community in trying to end the dolphin slaughter.
To demonstrate alternative ways of generating livelihood, he retrofitted his hunting boat and began dolphin and whale watching expeditions, proving to his fellows that dolphin watching is more profitable than dolphin killing. Mr. Ishii now values dolphins not for their meat, but for the wonder they incite.

Leah Lemieux is an author and lecturer who works on dolphin protection, education and conservation initiatives.
at 08:31

Email ThisBlogThis!Share to TwitterShare to FacebookShare to Pinterest
Labels: conservation